Melva Balemong Hotels & Resorts is located in Ungaran, Central Java. Its interior design and architectural are combination of Javanese, Chinese, and Dutch culture.
‍
The resort uniqueness is the villas took traditional Javanese house, called 'Joglo', particularly from Central Java and was kept in its original heritage.

Combination of natural ambience and fresh air of Ungaran Highland, complete the experience of cultural heritage within Melva Balemong. 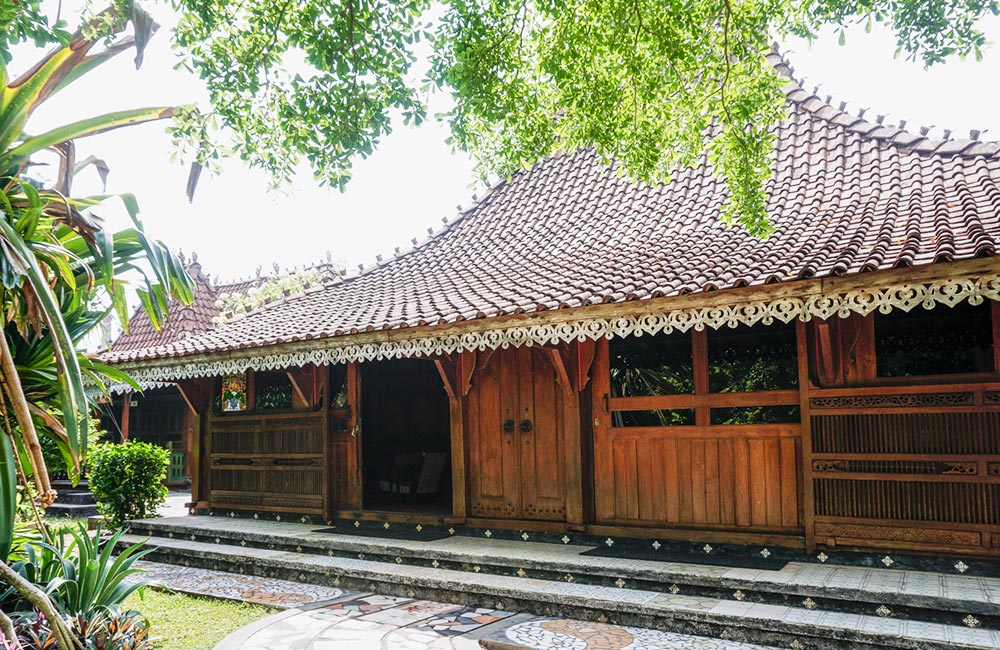 The Joglo was originally formed as a traditional house of the Holy (Kudusan) built in ca. 1850s. It was moved from Jenggolo village, south of the Mesjid Agung Kudus (Great Mosque of Kudus) to the Resort as a Suite as well as treatment and preservation as one of the classic javanese house. It is now being used as a Royal Suite with 90m2 wide. Locals say the one of the well-known Walisongo used to pass through the terrace of this Joglo in order to get to the Great Mosque of Kudus. 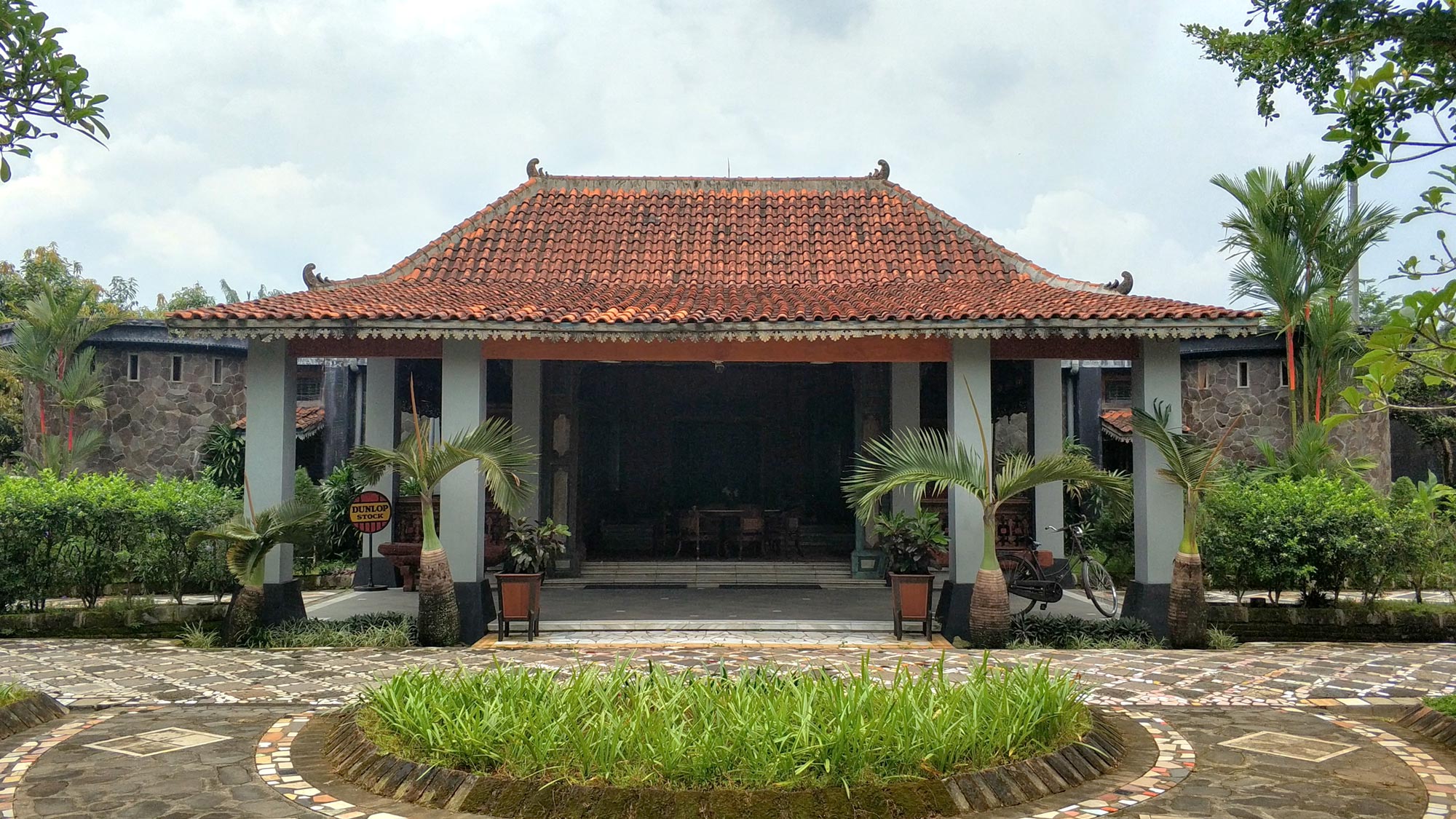 This joglo was build in ca. 1830s and was originally built in Mraggen Demak. It's center ceiling is fully crafted with the cloves shape. Despite it's previous usage, it has been modified with an addition of two rooms, which located on it's right and left side, to hold meetings or gathering.‍ 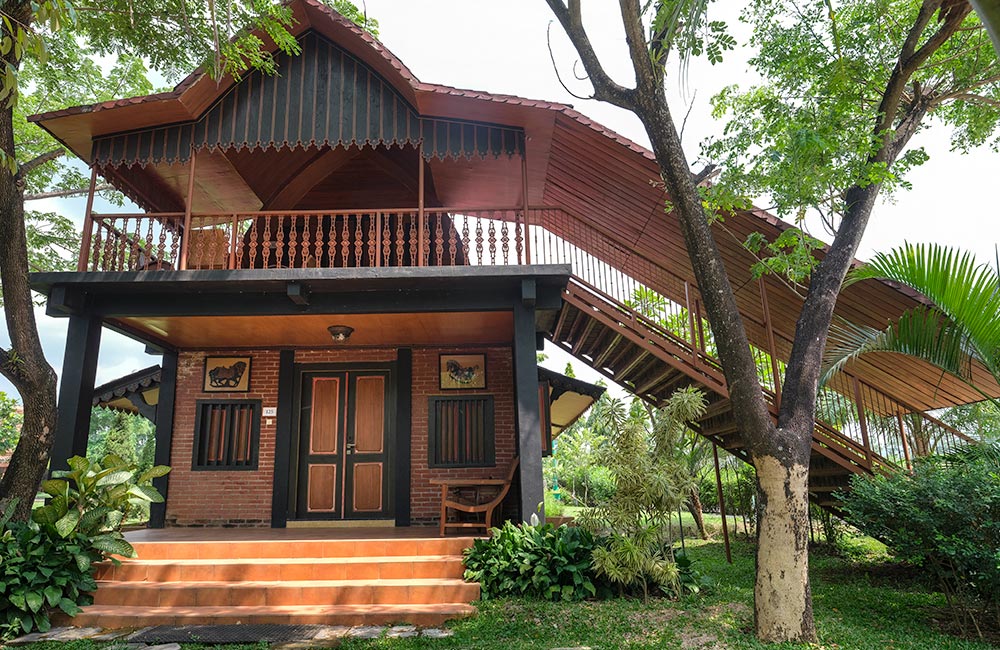 Rumah Lumbung, originated from the outskirts of Lombok Island. It is the only traditional house that we own outside of Central Java. It is a 2 floor Joglo with separate rooms of 35m2 each.It is equipped with a bathtub and has modern facilities. 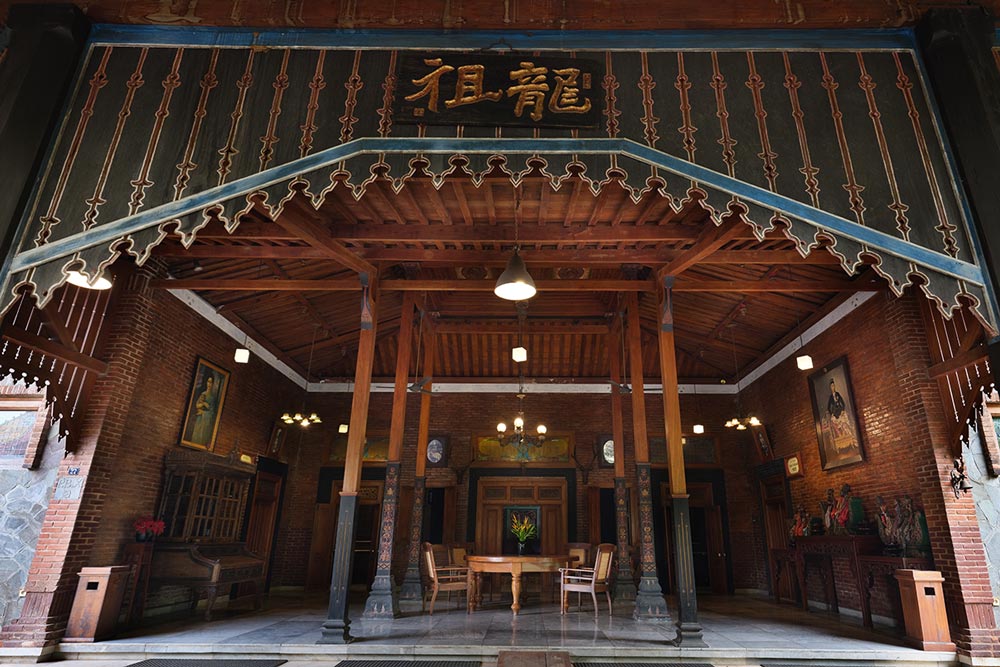 This Joglo is a heritage property in 1852 from Laweyan batik merchant in Solo, Central Java. The ornaments in the pillars in Joglo Solo symbolize ngumpulke balung pisah, which means to unite the family members who live in different areas. The pillars were cut then attached together during the process of building the Joglo that would later serve the purpose of uniting the family members again in the house. 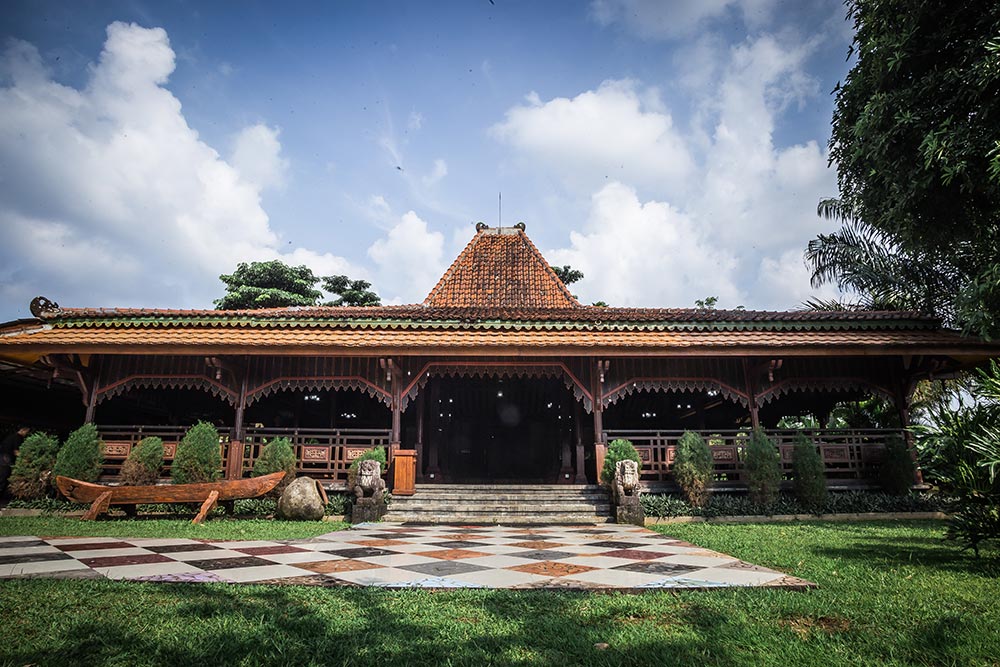 Located in front of the Resort's own paddy field with soothing view of Mt. Ungaran and surrounded with natural green garden. 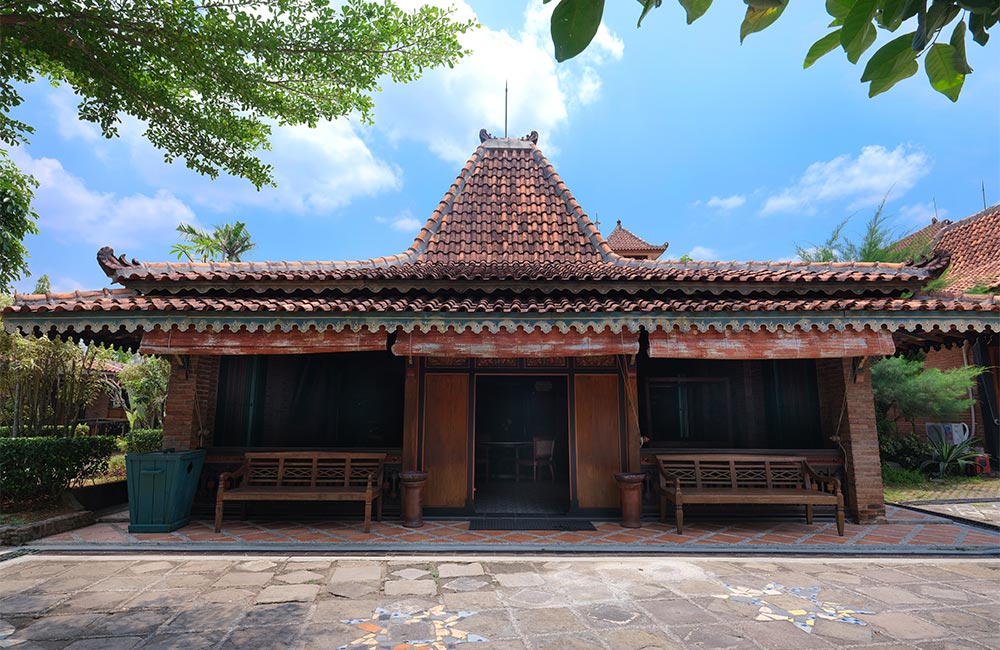 The Joglo was originally from Klaten found in ca. 1920s and was belong to a local citizen. It is also a common Javanese traditional house that can be found in Surakarta or Yogyakarta. Thus, the joglo was believed to have given as a protection to the village. Pengayoman has 4 twin bedrooms with 30-40m2 wide and sitting room terrace at the front entrance of the joglo. 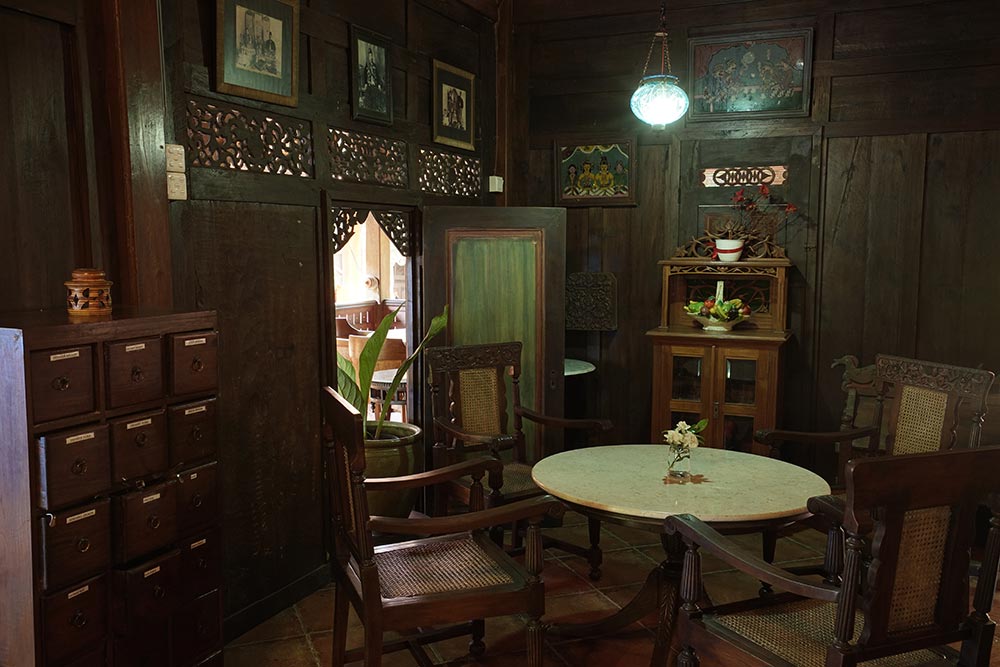 Kembul Bujana is part of the restaurant; its name means eating together. The Joglo was constructed in 1840, found in the Kudus Minaret. This Joglo is fully decorated with Javanese handcrafted design from the wall to the ceiling, such as cloves and a pineapple symbolizing as preventing and overcoming any dreadful obstacles. 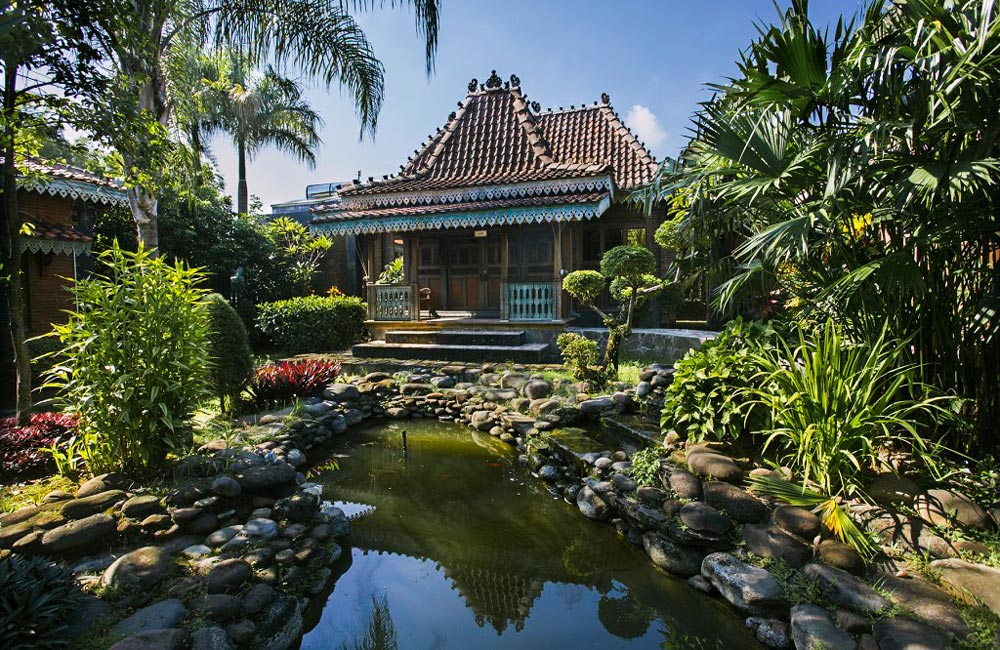 The Joglos was specially build with one double room to itself with green garden, balcony and fish pond, creating a very peaceful ambient. It is actually a room in one of the Solo House call Jineman and the owner has converted the room into a standalone Joglo The Jineman originally built in year 1900 with unique handcrafted design at the entrance and the ceiling of the room, it was transfer to Balemong resort for treatment and preserved as one of the antique Joglo. 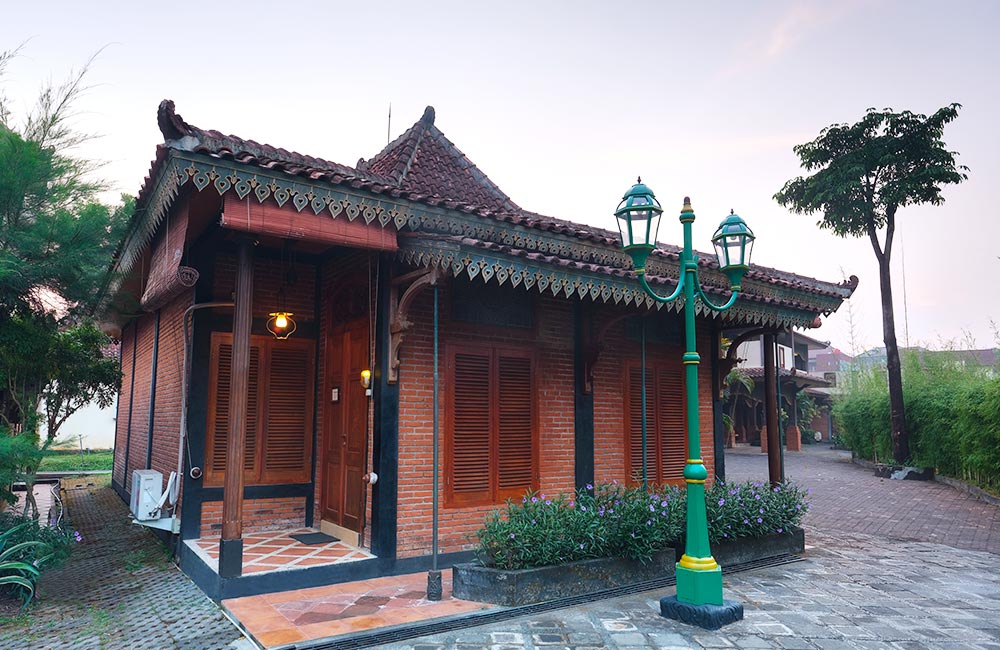 A mixture of traditional Javanese furniture and extravagant interior irradiate the room. Rice fields scenery awaits you as you open the door, providing your perfect escapade. 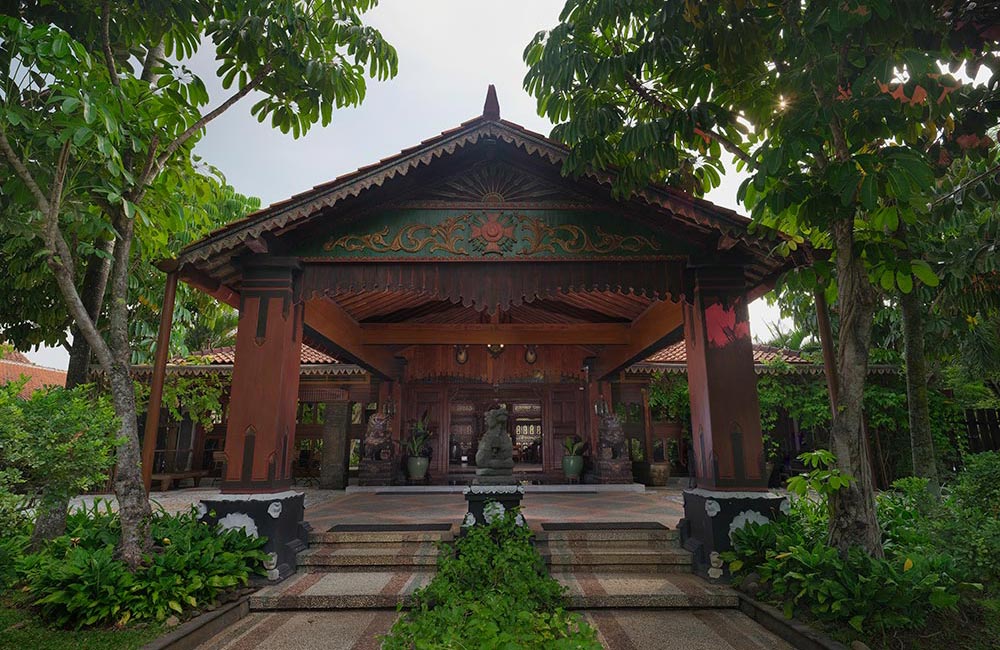 This Sasana Sewaka is part of the biggest joglo in Balemong Resort and serves as the lobby or main entrance of the Resort. Originally the typical Joglo does not have a drop off point. The drop off point is made for resort guests convenience. This Joglo was moved from Jamus Krajan village in Demak, one little town in Central Java and was owned by Mayor of Demak a long time ago. The Joglo is originated from the year 1830. 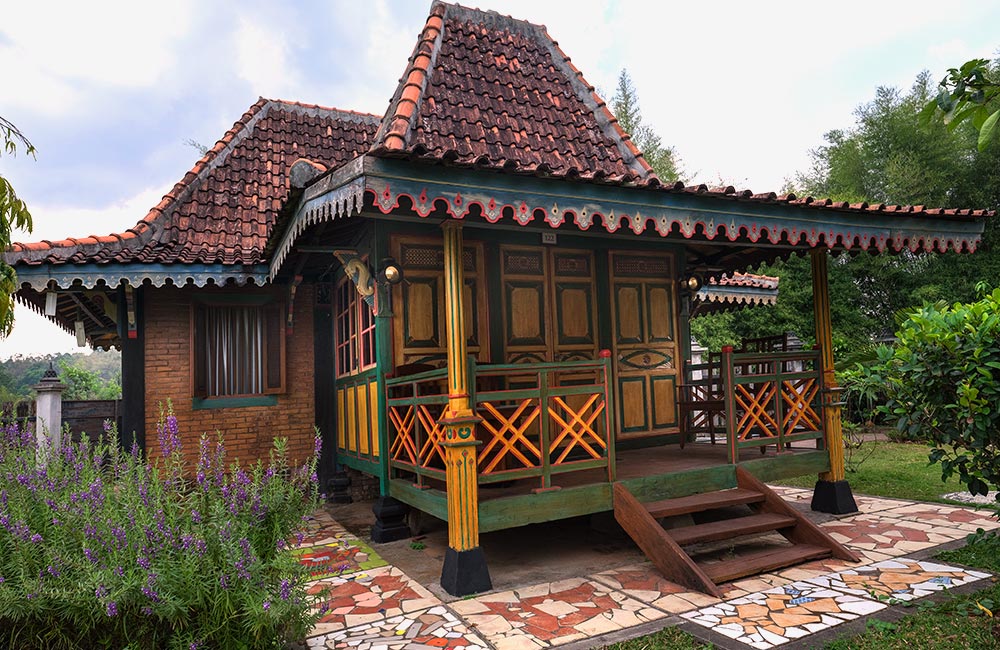 It is located in front of the Resort's own paddy field with soothing view of Mt. Ungaran and natural green garden. The Joglo used to be part of a joglo in Klaten. It was partly removed and was built separately to become a stand-alone Suite room. 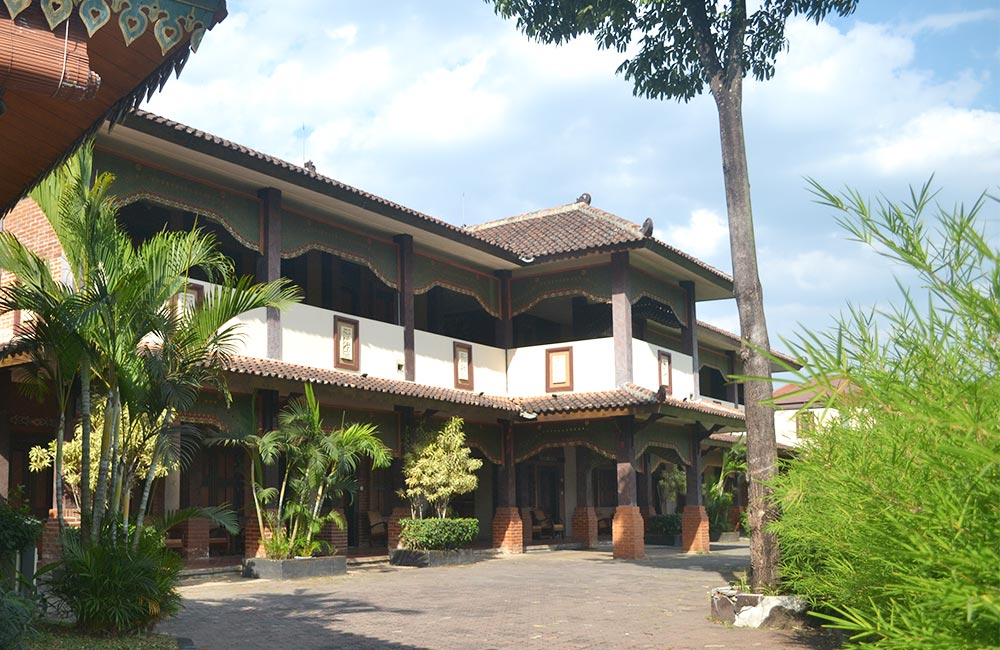 This Joglo is surrounded by Melva Balemong’s soothing green gardens. Joglo Limasan has 28 Deluxe rooms equipped with modern facilities and views facing either Mt. Ungaran or Paddy fields and the village. 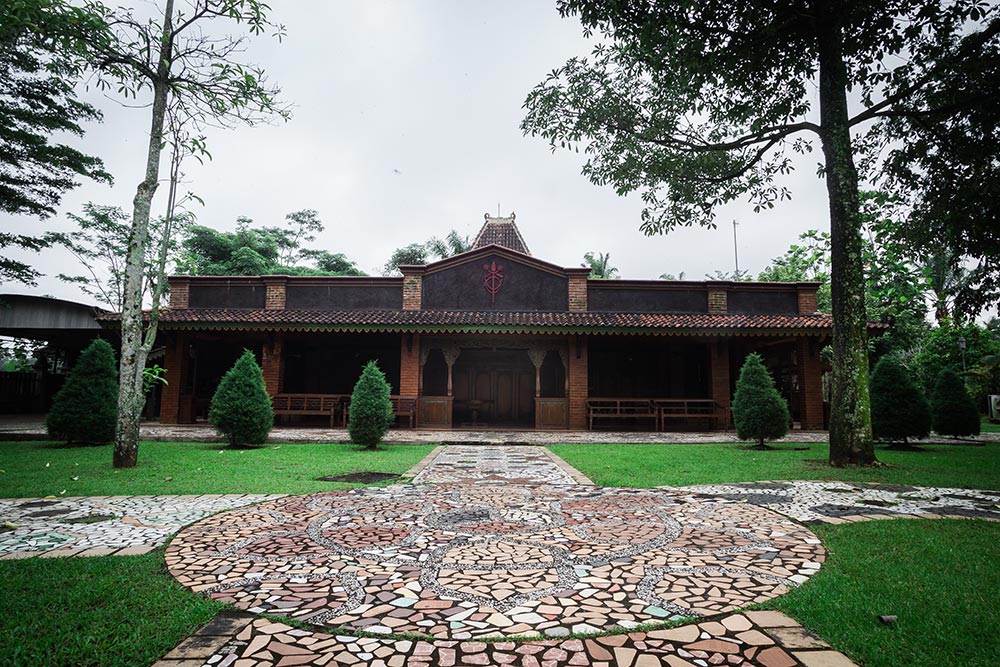 The Joglo is located in the center of the resort. It was build with combination of Javanese and modern designs. The hall can cater for 200 persons, seminars, group activities and dining. The alun-alun garden area can accomodate more than 500 persons for wedding. 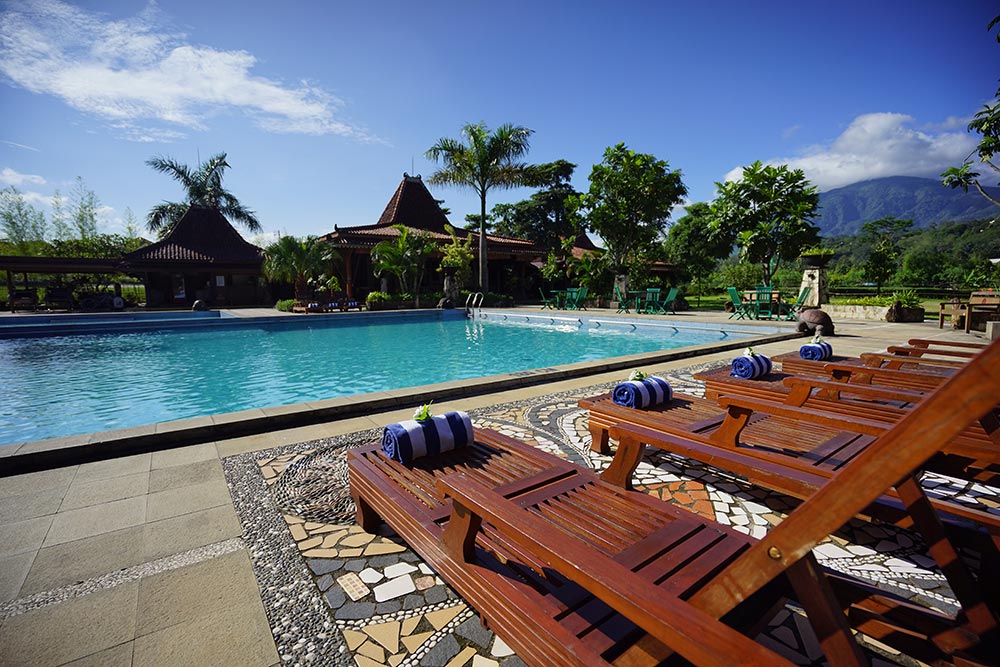 The Joglo is located at the poolside as one of the F&B and banquet outlet for gathering, weddings, and other activities required by guests. It was found in Boyolali district and was built from 1900s. The walls and doors are well maintained with the original Javanese wood carving. 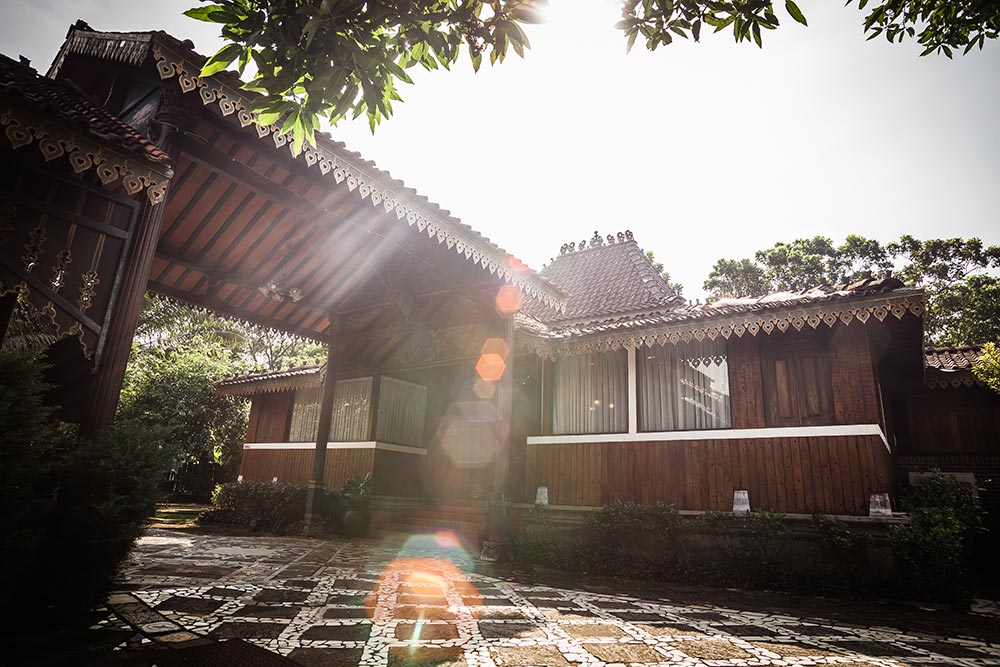 The joglo was originally built in Purwodadi and is around 100 years old. Despite it's previous usage, it has been modified to provide meeting or gathering. 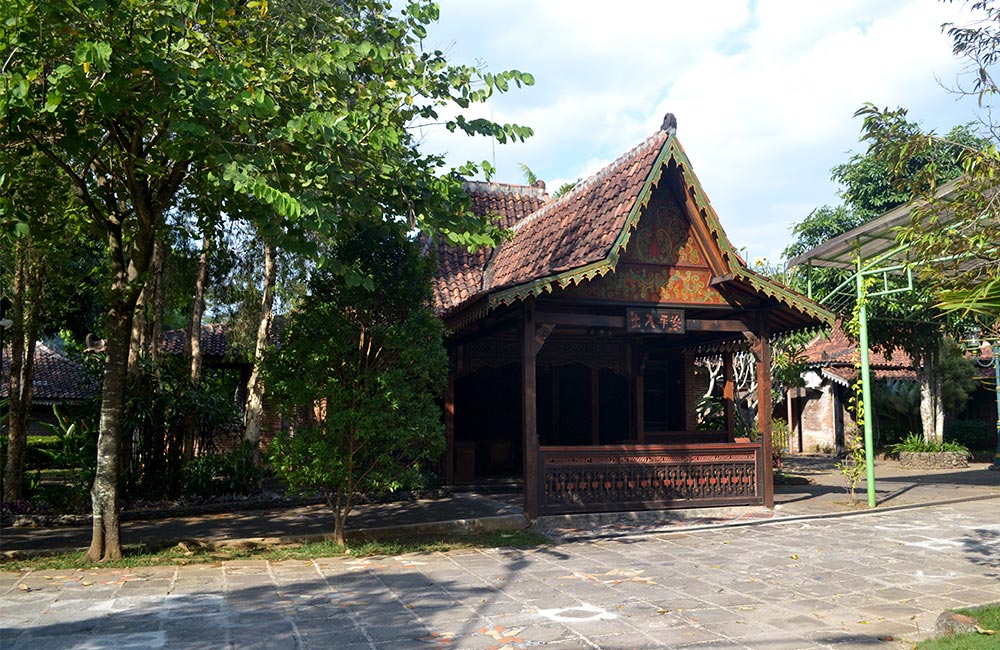 This Joglo was originally from Klaten found in Circa 1920s and belonged to a local citizen.This type of joglo is a common Javanese traditional house found in Surakarta or Yogyakarta. The name Pinayungan means to protect, thus this Joglo is believed as a protection.